With Margot Friedländer, the recordings for the first volumetric contemporary witness archive began, enabling a new dimension of remembrance culture.

So far two-dimensional content has been used to document contemporary historical events and interviews with Holocaust survivors, the era of volucaps (volumetric capture) is now beginning. On 20.10.2021 , the first filming took place at the Potsdam-Babelsberg media location for the construction of the first digital volumetric eyewitness archive. The volumetric archive which will enable future generations to experience authentic three-dimensional eyewitness testimonies. Filmuniversität Babelsberg KONRAD WOLF works in close cooperation with Volucap. The Project is funded by the Ministry of Economics, Labor and Energy of the State of Brandenburg.

Margot Friedländer is the first of several volumetric contemporary witnesses to be interviewed for the project in Potsdam Babelsberg. After her family was arrested in 1943, the Berlin native lived underground for 15 months before being discovered and deported to the Theresienstadt concentration camp. Since her return to Germany in 2010, the Holocaust survivor has regularly spoken about her experiences in schools and memorials. Despite her advanced age of 99, Margot Friedländer immediately agreed to participate in the innovative project in order to continue reaching out to future generations beyond her lifetime as a contemporary witness using immersive technologies. 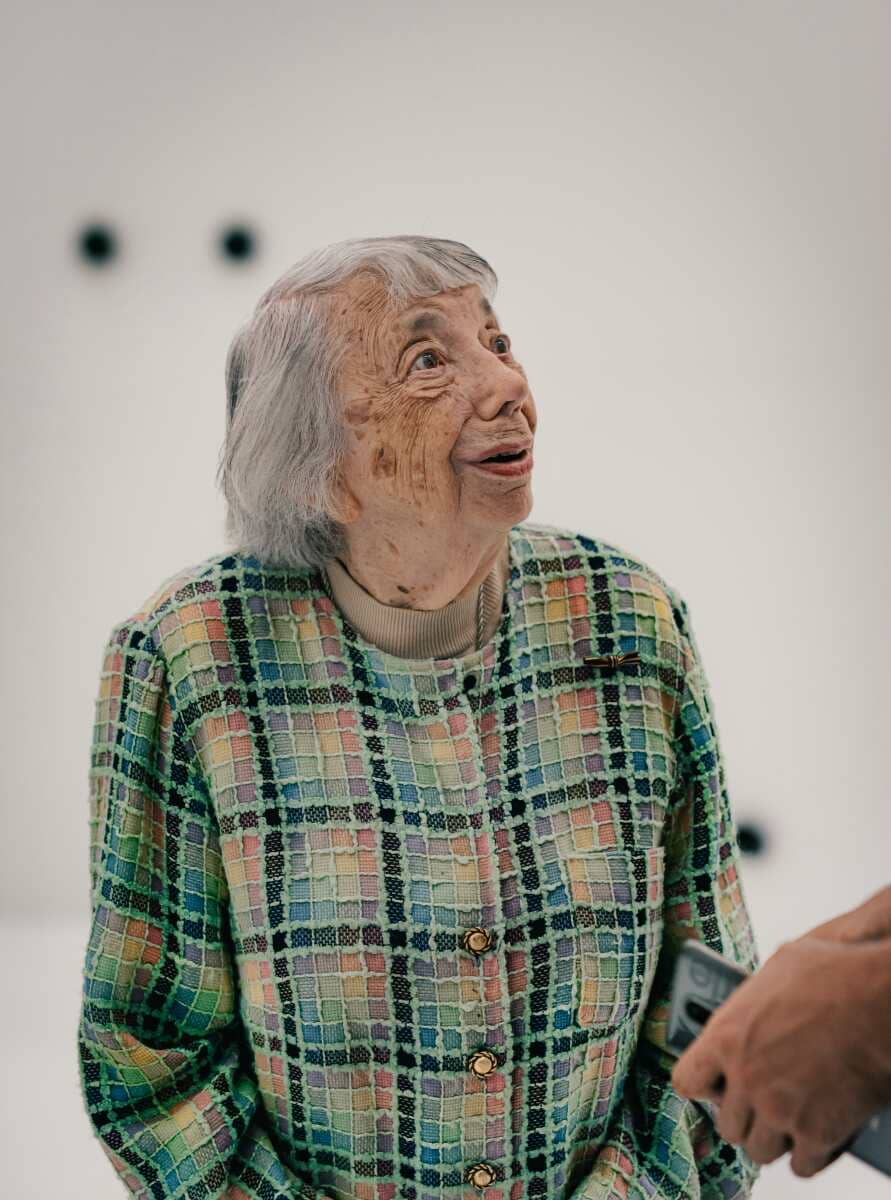 Margot Friedländer at the Volucap Studio in Babelsberg

“It is especially important that young people know what it was like back then. It’s not for us, it’s for you that I tell this – as a warning. Because you have to make sure that this never happens again”

says the 99-year-old Berlin resident, who was filmed in the Volucap Studio with 36 cameras simultaneously to create a Volucap (three-dimensional, photo-realistic image in motion) of her.

The first volumetric eyewitness captures will initially include up to eight volumetrically recorded Holocaust survivors. In the second edition, for example, interviews with relatives and descendants of the eyewitnesses are also planned. The archive will be accessible exclusively to projects in the non-commercial context of education and remembrance work, which work with novel immersive media forms using the interviews and thus make a contribution to future-oriented education and remembrance work.

In addition to the volumetric archive of contemporary witnesses, the project team is also realizing its own examples of future narrative forms. The first example will take the form of a planned virtual reality (VR) experience. The viewer will be transported into a digitally generated reality and will be able to move freely within it with Margot Friedländer. The combination of virtual environments with the volumetric footage of the witnesses allows for a more immersive experience than traditional media or 360° video can provide.

Christian Zipfel, who already dealt with these forms during his studies of directing at the Film University and followed the rapid technical development, adds: “What technical possibilities will arise in the future with this data cannot yet be definitively foreseen. What is clear, however, is that data that is not generated at this point will be lost forever and thus will not be available.”

The Konrad Wolf Film University of Babelsberg is the oldest and largest film school in Germany. The overall project is being developed under the responsibility of Prof. Björn Stockleben. In the Emerging Media Production department, he teaches and researches how new media technologies and changing reception habits lead to new forms of media storytelling. “Especially for us as a film university, it is important to keep reinventing cinematic storytelling through and with new technologies. In the ‘Testimony of Holocaust Survivors’ project, we are also trying to make the documented testimonies usable for future generations in narrative forms that have so far only been vaguely foreseeable.”

Volucap GmbH is responsible for the technical implementation, leading the archive and project development. The innovative company has been a strong advocate of volumetric capture of contemporary witnesses since the beginning. Already in 2019, a first prototype was created with the recordings of a Holocaust survivor.

“The opportunity to look directly into the eyes of a Holocaust survivor as he tells his story is truly memorable and indescribable. Volumetric Capture is currently the only technology that allows authentic representation of real people. It allows us to create a feeling that is very close to a real encounter.Future generations will view content in a much more three-dimensional way and we now have the last chance to create Volucaps of Holocaust survivors,” describes Sven Bliedung von der Heide, CEO of Volucap.

The cooperation between Volucap and the university developed within the framework of the transfer strategy of the state of Brandenburg.

For further information and in case of queries, please contact: